Scouting For Girls are the latest act to be announced for this year’s MTV Presents Gibraltar Calling Music Festival being held on the 21st and 22nd of September, 2018, at Gibraltar’s Victoria Stadium. The whimsical indie pop group Scouting for Girls return to Gibraltar following the success of their last minute appearance at the 2014 […] 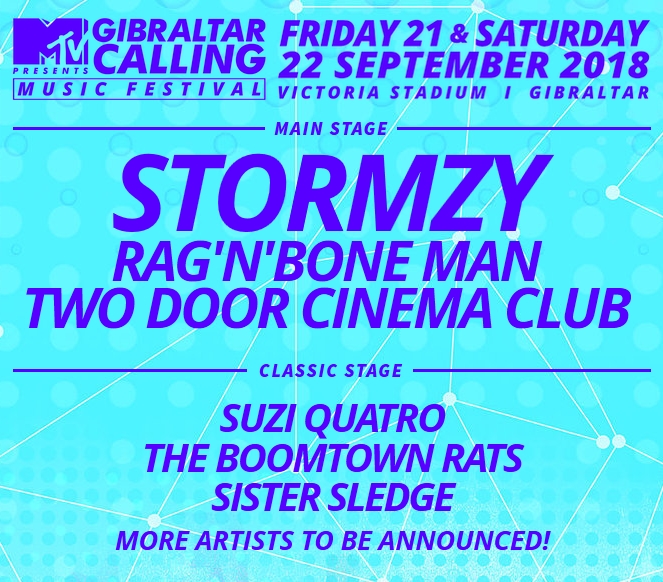 The first 6 acts have been announced for this year’s MTV Presents: Gibraltar Calling music festival, part of the MTV Presents series. The event will take place over Friday 21st and Saturday 22nd September at Victoria Stadium in Gibraltar. The Main Stage will be headlined by the one and only Stormzy, whose album Gang Signs […]