https://canalsideconferencecentre.co.uk/lowest-price-maxalt/ The international pop sensation, Enrique Iglesias, will perform at Gibraltar Calling 2019, headlining on Saturday 7th September.
Widely regarded as the King of Latin Pop with album sales in excess of 170 million, Enrique has released ten studio albums plus two greatest hits compilations and is a multi-platinum artist in almost every country around the world.
Enrique has headlined ten world tours throughout his career, having performed in every corner of the world including New York, Mexico, Madrid, London and Sydney, as well as Cairo, Latvia, Minsk, Morocco, Istanbul and Cape Town. Undeniably the biggest Latin recording artist in music history, he has 27 Number One singles on the Billboard’s Hot Latin Songs Chart – holding the record for most Number Ones in the chart’s history – as well as scoring 105 Number Ones across all Billboard charts.
Enrique joins the growing list of confirmed acts including: Take That, Liam Gallagher, Tom Walker, Melanie C, Goldierocks, and King Calaway, Lighthouse Family, David Essex, Nazareth, Slade and Steve Harley & Cockney Rebel with more artists yet to be announced.
Gibraltar Calling is produced by Neon Angel (Gibraltar) Ltd with tickets and information available online at www.gibraltarcalling.com.

The wait is over! Marbella’s favourite festival is back! 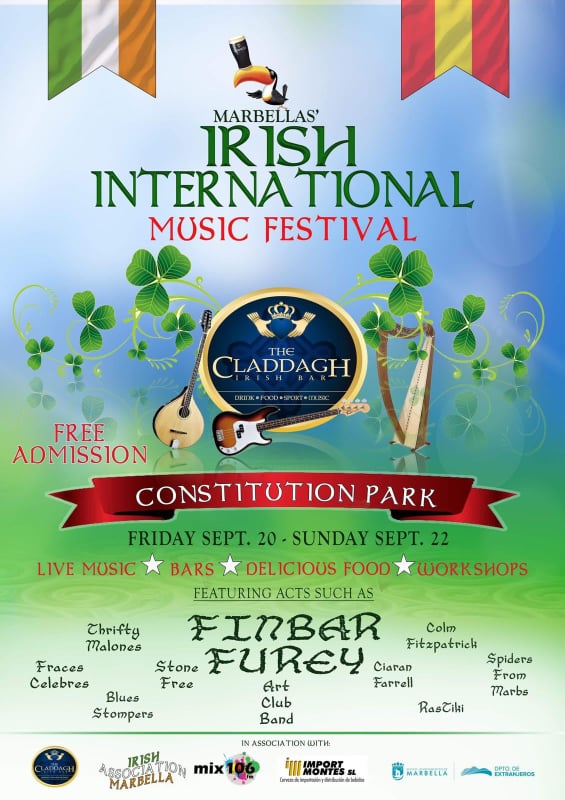